We’re proud of the rich fishing history of the port city of IJmuiden. The power and splendor of the sea molded Maxima Seafood into what we are today: the stewards of the sea.

A center of sea fishing

After the construction of the North Sea Canal in 1876, IJmuiden became a center for sea fishing. As a result, fishing boats now had access between Den Helder and Rotterdam. And, where there are products, commerce quickly develops. Soon, fish auctions, shipping companies and fish wholesalers all settled in IJmuiden.

IJmuiden strongly believes that its solid market position in the fishing industry is due to its favorable geographical location. But, the accumulated experience and expertise of the fish processing companies present also plays an important role.

The beginning of Gebr. Bakker

In 1974, Bertus Bakker began to unload fish in the port of IJmuiden. These activities soon expanded under the name Faktorij Bakker to include: unloading, sorting, packing in boxes and preparing for sale. The next logical step was to trade in the fish itself.

After the company was first acquired by Dirk and Ronald Bakker, Martijn Spilt and Martin Riemer took over the trade in fish in 2001. Over the years, Gebr. Bakker regularly outgrew their premises, adding an increasing number of adjoining buildings.

The beginning of Karel Hoeve 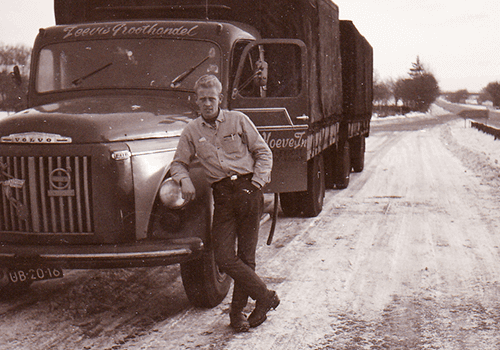 Karel Hoeve is also an established name in IJmuiden's fishing industry. The Hoeve family has their roots in Elburg, where they traded in fish and vegetables. As early as 1983, Karel Hoeve started as a one-man operation. After years of experience in export, he started importing exotic fish for the Dutch market.

Ever since the beginning of Karel Hoeve IJmuiden BV his son, Willem Hoeve, has worked with him. The market was expanded to include countries like Italy and Spain and the company grew into a full-service fish trader with a wide and deep range, still with the same attitude: only the best is good enough.

Interesting fact: a gift from the Royal House

One of Willem Hoeve's forefathers delivered fish to King Willem II at Palace 't Loo in Apeldoorn. But when the "dog cart" was banned in the 1800s, he had to report that he could no longer get up the hill to Palace 't Loo without the help of his dogs. Then Willem II took him to the stables and presented him with a horse. Even in the distant past Maxima Seafood had a connection with the Royal House.

The origin of Maxima Seafood

The two fish wholesalers encountered each other regularly in the market and that resulted in fruitful cooperation. Especially in terms of sales areas, the two are pretty complementary. A bundling of purchase channels results in an even more versatile and attractive range. The name of the combined company? Maxima Seafood.

The current management team at Maxima Seafood consists of Martijn Spilt, Martin Riemer and Willem Hoeve. What makes us special is our quick response to requests from and changes in the market. That’s not only because of our purchasing channels (we buy virtually always at the source), our optimal distribution and opportunities for sales are also reasons for our success.